I was looking up something on the web this morning and ran across an ad for a stairlift. I clicked on the site and saw some unreal deals. In fact the deals they are offering are way lower than we can buy a cheap Chinese made stair lift for – and we are a large dealer of stairlifts. That however is another story.

The real thing that caught my eye was the comparison of wall powered stair lifts verses battery operated stairlifts. The article talked about the main reason for battery operation was for safety in the event of a power failure. They went on to say that there is ongoing maintenance costs for battery operated lifts. That is a true statement. Usually about every 4 years batteries will need to be replaced. The article then went on to talk about electric wall powered stairlifts. The article stated that the electric lifts have way less maintenance. This is absolutely not true . All electric stairlifts have a trailing cable that brings power to the unit. Many of these are on a cord reel, like you have on a vacuum cleaner. We all know how those cord reels fail. The same is true on a stairlift. When it does fail, the cord is run over by the unit and most of the time shorts out and burns out component parts. That’s when it gets expensive. The cost of a set of batteries in a battery operated stair lift pales in comparison to that of a new printed curcuit board or other electrical components.  For those of us who have been in this business for 20 or more years, we know the reason battery operation has taken over the industry is not because of power failures, it is because batteries eliminate the need for a trailing cable. Trailing cables were the weak link in stairlifts before Bruno introduced battery operation as the industry standard. Now you know. - Jeff

Back to all blog posts 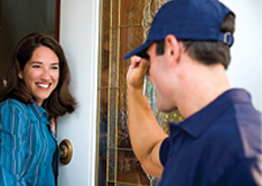